Make a Happy Home After Divorce 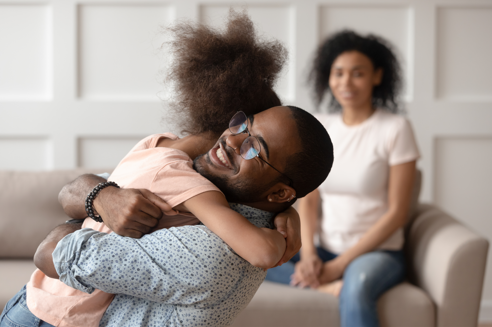 The decision of who can keep raising and spending time with your kids after a divorce will be a tough one. Many divorces will run into heated conflicts when it comes to the question of child custody because compromising can feel impossible at first. If you want to decide on child custody while also doing what you can to keep your family relationships on good terms, you should come to Diggs & Sadler in Round Rock.

Our team of child custody lawyers can help you figure out the best approach to child custody decisions. From the start to the finish, we will want to act in whatever way best benefits your children because their happiness is the priority, just as the court expects.

Trust this crucial decision to our talented and compassionate team. Call (512) 548-8355 today.

A child custody agreement in Texas will usually result in:

It is important to understand that child custody focuses on the right to make important decisions for a child after a divorce. For matters that involve living with or spending time with your children, visitation arrangements would need to be made, which are technically separate. However, in situations of joint custody, the court will often prefer shared or equal parenting time arrangements, too.

Deciding child custody is complicated, even more so than other decisions in a divorce like asset division. The court understands that the outcome of the child custody order will greatly change the child’s day-to-day life for years to come. It is required to rule in favor of the child’s best interests, too, which can only be evaluated using the most recent information.

Texas courts can determine child custody by considering the:

Criminal records can make a big difference in a child custody case, too. A parent who has been convicted of domestic violence or other violent crimes could have little chance of receiving child custody rights, especially if they do not approach the case with the help of a lawyer.

What is a Child Custody Modification?

Child custody orders are not permanent and unchangeable once the court issues one. Parents who do not get the custody and visitation rights that they wanted can sometimes file a petition to modify the arrangement. Our Round Rock child custody lawyers can help form an argument that shows why the arrangement is not just untenable for you but also harmful to your child’s happiness and development.

When divorcing spouses live in different states, it creates an interstate child custody case with a new set of complications and concerns. The Texas family law court that is handling your case will have to consider how the child custody laws of the other state could affect the proceedings. It depends on what state is given jurisdiction.

Child custody case jurisdiction can be decided based on:

Typically, jurisdiction is granted to whatever state currently houses the child. Diggs & Sadler might be based in Texas, but we have a firm understanding of child custody rules across the country. Let us help you with an interstate child custody case.

Will Your Child Custody Case Go to Trial?

Do you want to keep your child custody case out of the courtroom? Finding an agreeable way to mediate a child custody arrangement is the best way to avoid litigation. Although, litigation is sometimes the only way to ensure that your child’s best interests are upheld if your spouse is being unreasonable. You shouldn’t see a trial as something that is automatically bad.

Diggs & Sadler can help you in and out of court. We are talented negotiators who know how to amicably find a fair solution to child custody concerns that make sure your child stays happy while your parental rights are respected, too. We also know how to go to court and fight for you if it becomes necessary.

Trust Your Child Custody Case to Us

We offer free consultations to parents and guardians who need help with a child custody case. If you live in Round Rock or the surrounding area, make us your first choice for legal counsel. We do not slow down or back down when so much of your family’s future is depending on the outcome of the case.

With more than 125 years of combined experience, our team is ready to take on the most challenging family law cases.

About Us
Read More
We Are In This Together No matter the complexity, we will guide you to a resolution.
Contact Our Team